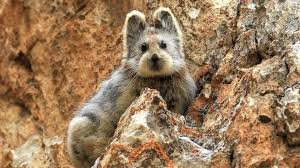 Here is the first photo of a very cute little Ili pika taken in more than 20 years.

If there was a competition for the cutest animal on the planet, the Ili pika would have to be a chance to win.